As in reality, the maneuvers and sail changes times are variable in Virtual Regatta, depending on the force of the wind and the boat used.

On this page , we find the different maneuvering times for each boat as well as the following curve :

On global way, the maneuver time $T_m$ is equal to :

Using the curve provided by VR, we created a reference curve..

To do so, the curve provided was printed in large format on graph paper..

Then the curve values were recorded for each intersection with the mark to obtain the following table : 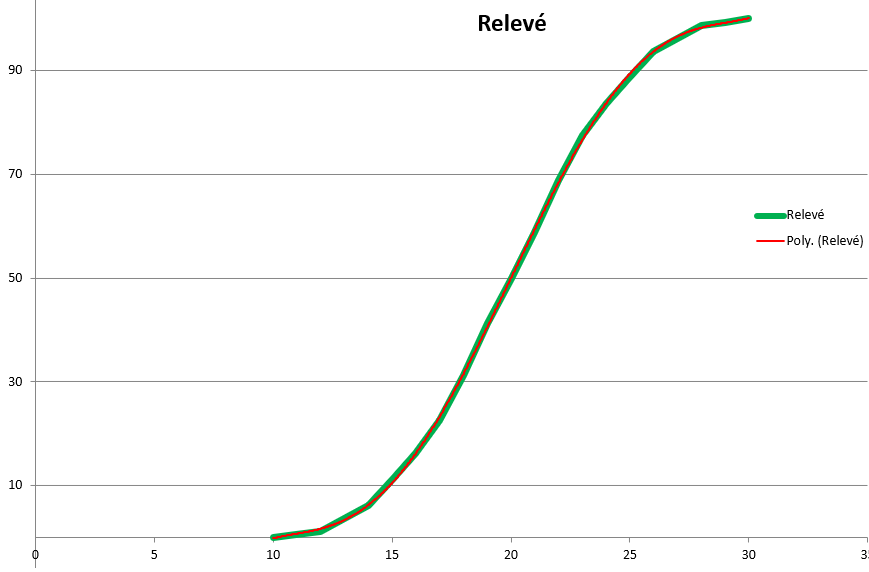 Finally, the equation of the raised curve was approximated using a spreadsheet..

In green, the raised curve.

In red, the curve resulting from the equation.

Thanks to this equation as well as to the reference values ​​of the various maneuvers contained in the polars of the game, ITYC.fr is able to calculate for each 1 / 10th of a knot of wind, the value of the penalty that will be applied for all types of boats.